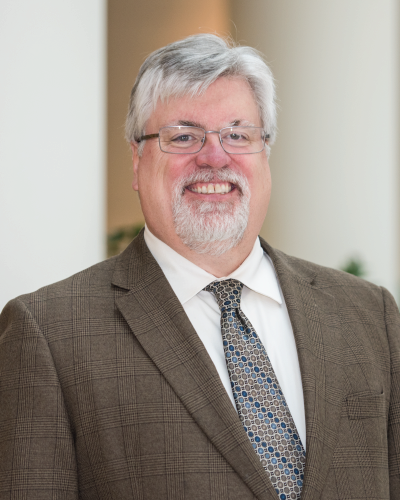 Prior to returning to his faculty role in 2017, Robert C. Dysko, DVM, DACLAM served as the University of Michigan’s Attending Veterinarian (AV) and as the Director of the Unit for Laboratory Animal Medicine (ULAM) for five years.

Before his appointment as the University’s AV and Director of ULAM in 2012, Dr. Dysko served as a member of the ULAM faculty, where his research focused on evaluating the quality of drinking water provided to laboratory animals. After completing his residency at U-M in 1986, he briefly taught at Wake Forest University before returning to the U-M as a full-time faculty member in 1990. One of his primary roles was serving as ULAM’s representative during a period of major growth for the University, which included construction of new state-of-the-art animal housing facilities at the Life Sciences Institute, the A. Alfred Taubman Biomedical Science Research Building, and the occupancy of the North Campus Research Complex.

Dr. Dysko's research interests over the past 12 years have focused on evaluating the quality of drinking water provided to laboratory animals, especially in automated watering systems. This interest began with a small project to see how long a water bottle might be able to stay on a mouse cage (without being replaced) if there was only one mouse in the cage. This project led to the evaluation of water in automated watering systems, and a subsequent study on biofilm development in these water lines.

The biofilm studies yielded interesting data and opportunities, and Dr. Dysko's team learned that bacterial biofilm develops within the piping on mouse racks, especially after they have been in use for greater than three months (this is with City of Ann Arbor drinking water passed through a 5.0 micron filter). Standard rack sanitation methods seem to be reasonably effective at reducing this biofilm, and the team was able to partner with Edstrom Industries to study the effects of some different water treatment procedures on the development of biofilm; but neither ultrafiltration nor use of an automated rack flush system made a significant difference in the quantity of biofilm development over a 6-month period. The bacterial flora in the biofilm has not contained any classic rodent pathogens, and the bacteria that colonized the intestinal tracts of germ-free mice did not pose any clinical health problems, although an increase in the size of gut-associated lymphoid tissue was observed.

This work has been presented at seven national AALAS meetings and two international conferences, resulted in three publications, and two manuscripts in progress.