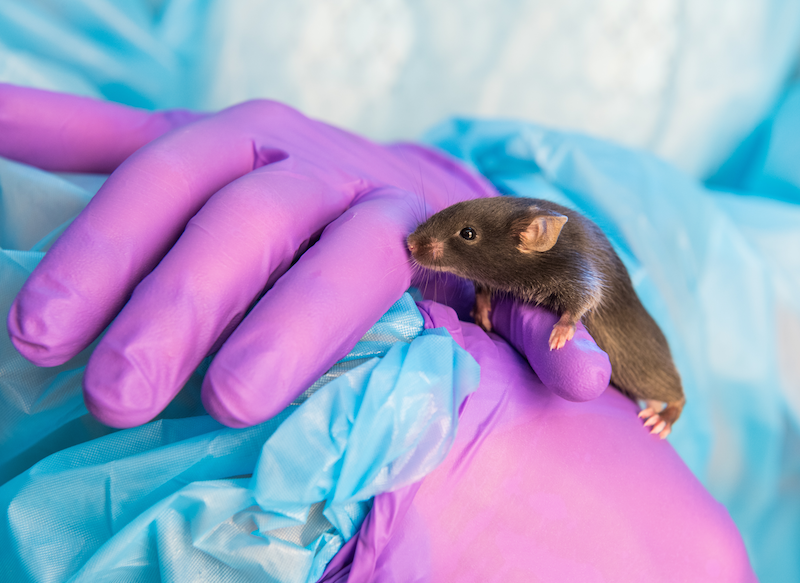 For more than a decade, Celina Kleer, M.D., Harold A. Oberman Collegiate Professor of Pathology and director of the Breast Pathology Program at the U-M Cancer Center, has been studying how a poorly understood protein called CCN6 affects breast cancer. To learn more about its role in breast cancer development, Kleer's lab designed a special mouse model that deleted CCN6 from the mammary gland in mice, which allowed the team to study effects specific to the loss of the protein. The results, recently published in Oncogene, have revealed a key genetic driver for a rare form of metaplastic breast cancer.

For more than a decade, Celina Kleer, M.D., has been studying how a poorly understood protein called CCN6 affects breast cancer. To learn more about its role in breast cancer development, Kleer’s lab designed a special mouse model, which led to something unexpected.

The lab deleted CCN6 from the mammary gland in the mice. This type of model allows researchers to study effects specific to the loss of the protein. As Kleer and her team checked in at different ages, they found delayed development and mammary glands that did not develop properly.

“After a year, the mice started to form mammary gland tumors. These tumors looked identical to human metaplastic breast cancer, with the same characteristics. That was very exciting,” says Kleer, Harold A. Oberman Collegiate Professor of Pathology and director of the Breast Pathology Program at the U-M Comprehensive Cancer Center.

“Metaplastic breast cancers are challenging to diagnose and treat. In part, the difficulties stem from the lack of mouse models to study this disease,” Kleer says.

“Our hypothesis, based on years of experiments in our lab, was that knocking out this gene would induce breast cancer. But we didn’t know if knocking out CCN6 would be enough to unleash tumors, and if so, when or what kind,” Kleer says. “Now we have a new mouse model, and a new way of studying metaplastic carcinomas, for which there’s no other model.”

One hallmark of metaplastic breast cancer is that the cells are more mesenchymal, a cell state that enables them to move and invade. Likewise, researchers saw this in their mouse model: Knocking down CCN6 induced the process known as the epithelial-to-mesenchymal transition.

“This process is hard to see in tumors under a microscope. It’s exciting that we see this in the mouse model as well as in patient samples and cell lines,” Kleer says.

The researchers examined the tumors mice developed in their new model and identified several potential genes to target with therapeutics. Some of the options, such as p38, already have antibodies or inhibitors against them.

The team’s next steps will be to test these potential therapeutics in the lab, in combination with existing chemotherapies. The researchers will also use the mouse model to gain a better understanding of metaplastic breast cancer and discover new genes that play a role in its development.

“Understanding the disease may lead us to better ways to attack it,” Kleer says. “For patients with metaplastic breast cancer, it doesn’t matter that it’s rare. They want — and they deserve — better treatments.”

This story was originally published by the Michigan Health Lab Blog on January 5, 2017.