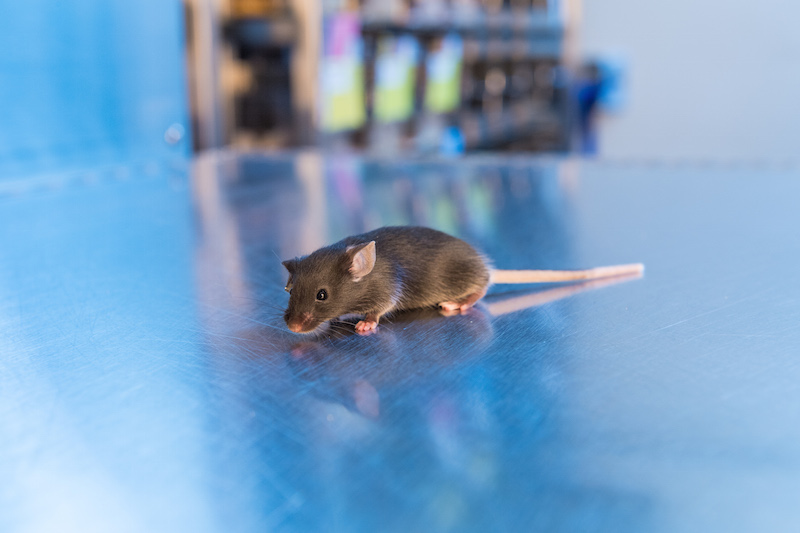 Researchers from the U-M Medical School and the FDA have published a new study that shows the key role of excess gut calcium in awakening C. diff spores; a discovery that could ultimately lead to better patient treatment.

It lurks in hospitals and nursing homes, surviving cleaning crews’ attempts to kill it by holing up in a tiny, hard shell. It preys upon patients already weak from disease or advanced age. And when it reaches their guts, the bacterium known as Clostridium difficile breaks open its shell and unleashes infections that kill nearly 30,000 Americans each year — and sicken half a million more.

But, as new research shows, the bacterium commonly called C. diff can’t make this final, crucial move without enough of a humble nutrient: calcium. That new insight may lead to better treatment for the most vulnerable patients.

The discovery, made in research laboratories at the University of Michigan Medical School and the U.S. Food and Drug Administration (FDA), is published in PLOS Pathogens. It helps solve a key mystery about C. diff: What triggers it to germinate, or break its dormancy, from its hard spore form when it reaches the gut?

“These spores are like armored seeds, and they can pass through the gut’s acidic environment intact,” says Philip Hanna, Ph.D., senior author of the paper and a professor of microbiology and immunology at U-M. “Much of the spore’s own weight is made of calcium, but we’ve shown that calcium from the gut can work with bile salts to trigger the enzyme needed to activate the spore and start the germination process.”

Although the findings were made in mice, researchers say the role of calcium may help explain a longstanding mystery: why some hospital patients and nursing home residents have a much higher risk of contracting C. diff infections and the resulting diarrhea that carries its spores out of the body.

The reason? Those people often have extra calcium in their guts because they’re taking certain medications or supplements. Medications aimed at calming acid reflux, such as proton pump inhibitors, and steroids can increase the amount of calcium in the gut. Such patients might also be affected by low levels of vitamin D in their blood (which can keep the body from reabsorbing calcium through the gut wall, allowing it to build up) or have inflammatory bowel diseases (such as Crohn’s disease and colitis) that also block calcium absorption. People with a vitamin D deficiency are five times more likely to get C. diff.

Older adults, who in general are more susceptible to C. diff infection if they enter a hospital, are also often counseled to take calcium supplements to compensate for lower calcium levels and protect their bones from fracturing. Whatever its source, the new discovery shows that C. diff can recognize this extra calcium, along with a substance called bile salt produced in the liver, as a trigger for its awakening and the breaking of its shell.

Previous research had suggested the process couldn’t take place without another key component: an amino acid called glycine. But the new findings show that calcium and the bile salt called taurocholate alone are enough.

Ironically, the researchers say, one way to apply this new knowledge in human patients might seem counterintuitive: Add more calcium to the system. Doing so could awaken all dormant C. diff spores in a patient’s gut at once — and, as a result, make the spores vulnerable to antibiotics that can kill only the germinated form. That could also prevent the transmission of more spores via diarrhea to the patient’s room, helping slow or stop the cycle of transmission that could threaten the patient and others.

Travis Kochan, Hanna’s graduate student, made a key observation that led to the discovery. He noted that the fluid “growth medium” that the researchers typically use to grow C. diff for their studies contained calcium. That, he realized, could artificially alter the results of prior experiments looking at what caused C. diff spores to germinate. He used a chemical to remove the calcium while leaving all the other nutrients that keep C. diff growing.

The result: No new spore germination occurred in the calcium-free growth medium. Likewise, mouse gut contents that were depleted of gut calcium had a 90 percent lower rate of C. diff spore germination.

FDA’s Center for Biologics Evaluation and Research conducted further research in laboratory dishes and in the guts of mice. FDA’s Paul Carlson, PhD, a former U-M research fellow, and fellow FDA scientists in his laboratory found that C. diff spores that were mutated so glycine couldn’t act on them could still germinate and colonize inside mice. This suggested that calcium, and not glycine, was critical for this process. Both mutant and regular forms of the bacteria could still activate an enzyme inside the C. diff spore that led the bacteria to start dissolving their hard shell. This released the store of calcium that the spore harbored inside itself, further increasing the local level of the nutrient.

“These spores don’t want to germinate in the wrong place,” says Kochan, whose grandfather contracted a severe C. diff infection that led to his death. “C. diff spores have specialized to germinate in the gut environment, especially in the environment of the small intestine, where calcium and the bile salt injection from the liver comes in.”

Hanna notes that the bile salt connection to C. diff spore germination was discovered in 1982 at U-M, by a team led by Ken Wilson, M.D.

Patients shouldn’t stop taking their medications or doctor-recommended supplements, or start taking new ones, because of the new findings, Hanna cautions. He hopes to work with clinicians at U-M and beyond to test the new knowledge in a clinical setting. Meanwhile, he and Kochan and their colleagues will continue to study C. diff germination in mice and look for ways to block the enzymes crucial to spore germination.

This story was originally published by the Michigan Health Lab Blog on July 13, 2017.