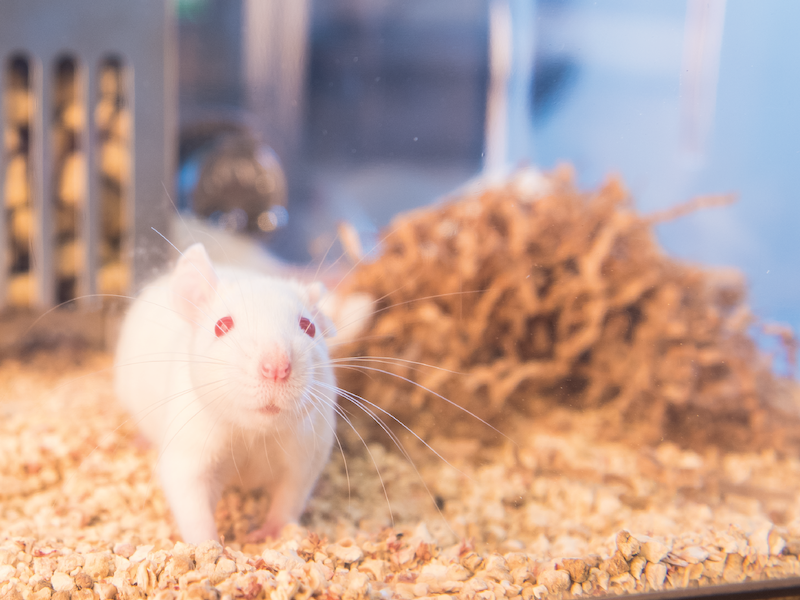 To better understand the role that sleep plays in the formation of new memories, an international team of researchers designed a new study to monitor the brain activity of sleeping rats after they completed a new maze. Published in the Journal of Neuroscience, the team discovered that the process of ‘replay’ may help cellular consolidation and trigger memory transfer from the hippocampus to other brain regions.

We spend about eight hours a day — or one-third of our lives — asleep. And yet, sleep’s purpose isn’t fully understood by scientists. What’s known, however, is that virtually every animal sleeps, a clue to its vital importance for survival.

Likewise, one well-established function of sleep is to aid in the formation of memories.

In a new study in rats, an international team of researchers is taking a closer look at this process, potentially solving a paradox that has puzzled scientists for years.

Earlier studies suggest that during sleep, new memories are processed in the brain during a process called replay. During replay, cells in the hippocampus, the brain’s memory center, repeat the activation patterns that were present while an animal was awake and learning.

“Replay might help cellular consolidation and trigger memory transfer from the hippocampus to other brain regions,” explains senior author Kamran Diba, Ph.D., an associate professor of anesthesiology at Michigan Medicine.

But what has perplexed researchers is that up until now, studies have shown that replay only lasts for the first 15 to 30 minutes of sleep, which Diba notes “suggests that it plays a fairly limited role in memory when considering the average duration of regular sleep.”

While one explanation could be that the remainder of the sleeping period is spent on other restorative functions throughout the body, Diba’s team was convinced there’s more to the story.

One of the issues with this type of research is the difficulty of the experiment, which involves taking hours of recordings of neurons while a rat moves through a maze or is asleep.

As a result, recording in previous studies was done for only a short period of time, typically no longer than a few hours. This could help explain why longer replay periods weren’t picked up.

Another potential experimental issue is the rats’ environment. In earlier studies, “rats were often familiar with the environment where the task was being performed,” says Diba. “There were some memory tasks, but not necessarily ones that would trigger a lot of new learning.”

For this new study, published in the Journal of Neuroscience, the research team decided to redesign the experiments to ensure that the mazes the rats were expected to learn were brand-new to the animals.

“Space is very meaningful to rodents,” Diba says. “The hippocampus has a well-established spatial memory code embedded in it … some call it the GPS of the brain. What this means is that when rats are in a new environment, the first thing they want to do is learn the features of that environment.”

Additionally, during the test, the team recorded several hours of sleep. They looked at pairs and groups of neurons in the rats’ hippocampus to see whether the activity recorded while the animal was learning the new maze was repeated during replay in sleep.

They discovered that replay in the hippocampal cells continued well beyond 30 minutes to about six hours, with activity occurring in the same pattern and order as it happened during learning.

To confirm that the maze’s novelty was an important aspect of the formation of new memories, the team recorded from one animal over three consecutive days in the same maze.

“On the first day, we saw replay for many hours,” says Diba. “On the second day, it was lower and by the third day, it was virtually gone.” This notion of longer replay also fits more closely with how scientists currently understand cellular changes during memory formation.

“Memory is considered to be encoded at the level of synapses of individual neurons and there’s a large degree of protein signaling involved when the synapse is being changed,” Diba says. “Studies have found around a six-hour time window for this process to occur.”

Diba hypothesizes that the same process probably occurs in humans, but researchers have yet to investigate how long the replay period extends. Their planned future studies are aimed at understanding the interplay between replay and the protein signaling involved in strengthening or weakening synapses to stabilize important memories.

This story was originally published by the Michigan Health Lab Blog on December 18, 2018.