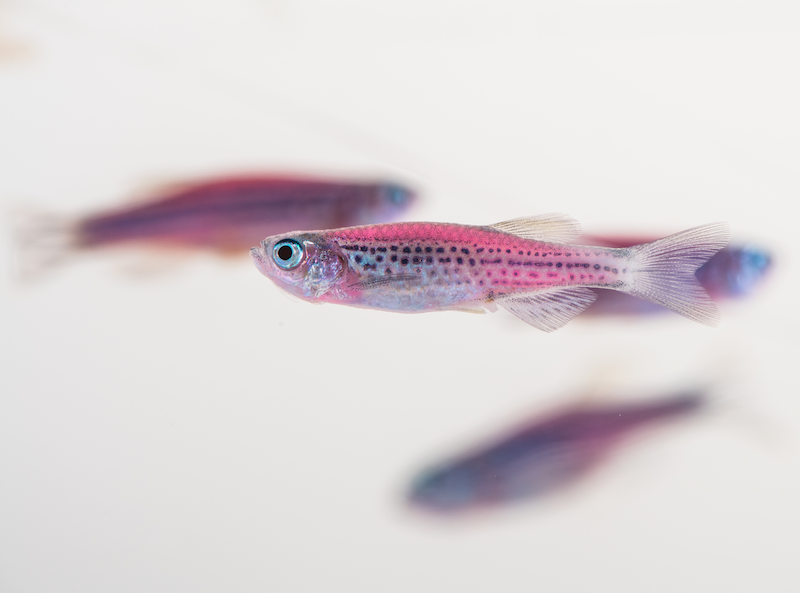 Below you will find a list of frequently asked questions about U-M’s Animal Care & Use Program. As a public institution and an accredited site for animal use, we are open to inquiries, reports of concern, or other communications from within and beyond the University.

Additional questions about the care and use of laboratory animals at the University of Michigan that are not addressed here should be directed to the Animal Care & Use Office at acuoffice@umich.edu or (734) 763-8028.

If you are a researcher interested in learning about the many resources available to support your project, we encourage you to review the following:

If you are a member of the media, or have a media inquiry, please email acu-media@umich.edu or call the Michigan Medicine Department of Communication at (734) 764-2220 and your question will be routed to the appropriate media team member.

Why does U-M conduct animal research?

Research studies involving animals have led to critical contributions to the treatment of a wide variety of diseases – as well as joint replacement procedures, organ transplantations, and heart bypass operations – and are responsible for countless drug therapy discoveries and enhancements.

Some of these discoveries, including the feline leukemia vaccine and flea control methods, for example, have benefited companion animals as well as animals in the wild. These advances would not have been possible without the use of laboratory animals.

What kinds of animals are used in research?

Who cares for the animals?

Good animal care and good science go hand-in-hand. Highly trained, licensed veterinarians and veterinary technicians with specialized training in laboratory animal medicine provide medical care for all animals at the University. Technicians are certified by the American Association for Laboratory Animal Science (AALAS). Many of our veterinarians have also received voluntary Diplomate of the American College of Laboratory Animal Medicine (DACLAM) certification.

Our Animal Care & Use Program is a model for other biomedical research institutions around the country. U-M has been continuously accredited by the Association for Assessment and Accreditation of Laboratory Animal Care (AAALAC) International since its first inspection in 1971. We are fully-compliant with all federal, state and university regulations and policies, as well as national professional standards.

Before a U-M scientist can begin a study involving animals, a detailed description of the study’s protocol and purpose must be approved by the Institutional Animal Care & Use Committee (IACUC). This Committee includes members of the general public, non-scientists, veterinarians, and experienced animal researchers.

The Committee reviews the goals, objectives, and scientific benefits of the proposed research to certify that the project has appropriate merit. It verifies that all animals will be provided proper housing and care, and ensures that those who will be working with animals have received proper training and have practices and procedures in place to reduce as much pain or discomfort to the animals as possible.

The review process is rigorous and often takes many weeks to complete; researchers must prove they are qualified to conduct the study in an appropriate and humane manner. The IACUC also routinely monitors research it has approved to make sure researchers are following the letter and spirit of their protocol.

Who should I contact if I have an animal concern?

You can call the Animal Concern Hotline at (734) 763-8028 or report any concerns anonymously using our online submission form.

Reports and sources of information are maintained in confidence within University guidelines and in accordance with standards and regulations promulgated under the Animal Welfare Act.

Who supplies the animals to U-M?

The University purchases animals for research from specialized vendors, most of whom raise the animals specifically for use in research. Vendors of certain species must be licensed by the USDA.

How does U-M ensure that all animals receive proper care?

The Unit for Laboratory Animal Medicine (ULAM) provides guidance for the University’s Animal Care & Use Program as well as veterinary care for all animals on campus. All animals are housed in ULAM facilities, where our animal technicians provide expert husbandry care and a variety of training courses for faculty and staff members involved in the care, treatment, and use of animals in their research.

Any and all observed mistreatment or failures to follow procedures and regulations should be reported to the Animal Concern Hotline.

Is there support for alternatives to the use of animals in research?

The University is firmly committed to the “Three Rs” principle of biomedical research:

What happens to animals once they are no longer needed for research?

Most research protocols require animals to be euthanized so that scientists may study their internal organs and tissues. Strict guidelines for each species help to ensure that the animals experience no discomfort.

When are animals used in training?

In certain circumstances, professionals in various medical and allied health fields need to learn new skills as preparation for performing procedures and operations on human patients. For instance, surgeons learning to implant a new heart-assisting device that could save the lives of people with heart failure may need to learn the implant procedure through an operation on a livestock animal with a heart size similar to that of a human.

U-M has one of the nation’s most advanced clinical simulation centers and, wherever practical, we use technology-based simulators, not animals. However, sometimes animals are the only acceptable way to teach or train clinicians. In such cases, U-M’s IACUC must review, approve, and monitor the protocol under which animals are to be used.

I am a member of the media with questions about research involving laboratory animals, who should I contact?
Is someone available to come and speak with my students/group members about animal care and use?

If you are a teacher or group leader interested in having a member of our Animal Care & Use Team come and speak to your students or group members about animal care and use at the University of Michigan, please email the Animal Care & Use Office at acuoffice@umich.edu or (734) 763-8028 with information about the time, place, audience, and topic for your discussion.

What is U-M's position on the transport of laboratory animals for research?

Laboratory animals have played a vital role in many of the most significant advances in the diagnosis and treatment of disease over the last several decades. Transporting animals between specialized breeders and research institutions, as well as among research groups and participants in multi-site projects, is of increasing importance to this work.

However, under pressure from activists who oppose the use of laboratory animals in research, airlines and a number of other transportation services have begun to restrict or even prohibit the transport of these animals. The University of Michigan strongly supports the continued safe, humane, and rapid transport of laboratory animals in the interest of continued progress in research aimed at improving the lives of both humans and animals.

To ensure the integrity and well-being of the animals being transported, our program maintains a comprehensive set of guidelines and procedures for properly transporting animals. In addition, the Unit for Laboratory Animal Medicine provides a multitude of facilities, equipment, and services to ensure proper animal transport both to and from campus.

Does the University use animals from shelters as part of its research program?

The University never collects stray animals or animals from shelters. Stringent standards and the integrity of research results require that animals be obtained from licensed dealers who breed animals specifically for research purposes.

While at the University, the animals receive humane and compassionate care, including appropriate anesthetics and analgesics, identical to those received by animals in veterinary clinics or humans in hospitals.

Does the University use primates in animal research?

The University of Michigan does not enter into primate research lightly. Primates are used only when there is no acceptable alternative. For example, when we need to have as full of an understanding as possible of how humans may respond to a particular intervention and we know the response in other animal models will be too dissimilar.

Currently, less than one one-hundredth of one percent of U-M research animals are primates; 98 percent of all animals used in research at the U-M are mice, rats, and various species of fish. All primates are either rhesus macaque monkeys or baboons. Chimpanzees are not used in biomedical research at U-M.

In addition to laboratory studies with primates, U-M researchers also study primates in the wild in their natural habitat to record their social interactions and study behavior within their natural environment.

Many of the medical advances we take for granted today would not have been possible without primate research. These include polio and rabies vaccines, chemotherapy, artificial joint replacements, coronary bypass surgery, and organ transplants. 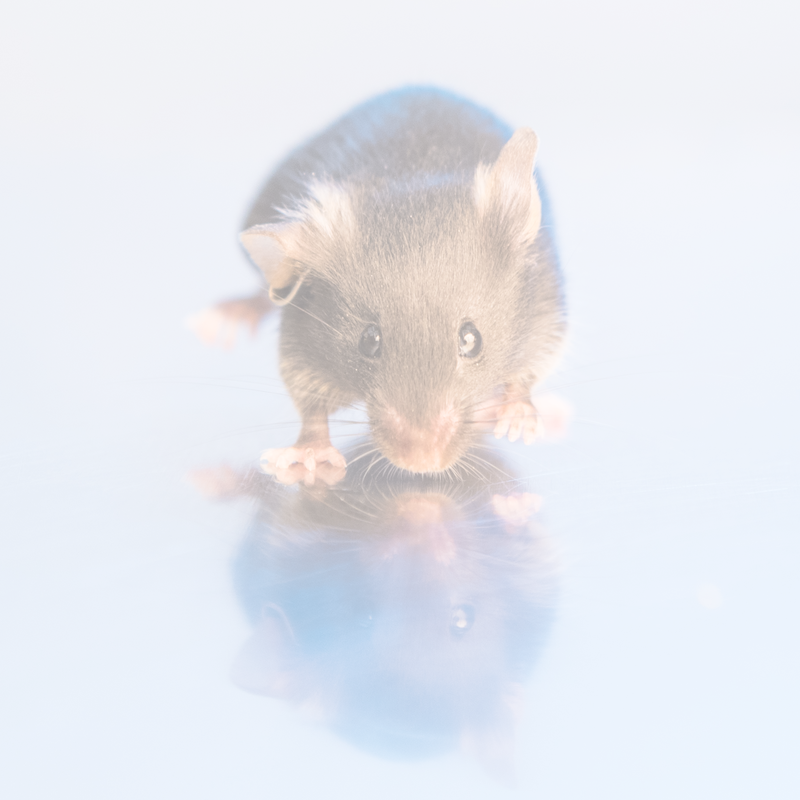 Additional questions not addressed here should be directed to the Animal Care & Use Office at acuoffice@umich.edu or (734) 763-8028.

involved in scientific research at the U-M are mice, rats, and various species of fish