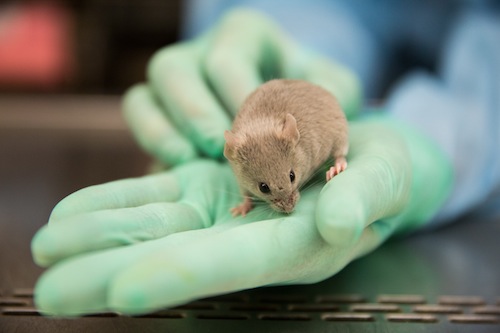 Since the 1950s, animal studies have shown that pretreatment of the gut with antibiotics before trauma or other critical illness can protect against lung injury and death. As part of their recently published findings in Nature Microbiology, U-M researchers have concluded that critical illness involving the lungs has more to do with disruptions to the body's natural population of microbes, or microbiome, than previously thought.

No one knows for sure how they got there. But the discovery that bacteria that normally live in the gut can be detected in the lungs of critically ill people and animals could mean a lot for intensive care patients.

Scientists recently found gut bacteria in the deepest reaches of failing lungs — an environment where they normally aren’t found and can’t survive. The more severe the patients’ critical illness, the more their usual lung bacteria were outnumbered by the misplaced gut bugs.

The findings, published in Nature Microbiology, were made by a team at the University of Michigan Medical School.

The team’s conclusion: Critical illness involving the lungs has more to do with disruptions to the body’s natural population of microbes, or microbiome, than previously thought.

The researchers saw the effect both in rodents with the dangerous whole-body inflammation known as sepsis, and in 68 human patients with the serious and sudden lung failure known as acute respiratory distress syndrome. Using special genetic tools and bacterial culture techniques, they studied the lung microbiomes of humans with ARDS for the first time and compared them to samples from healthy volunteers.

More than 200,000 Americans, many among the million Americans who develop sepsis, develop ARDS each year. Nearly half of ARDS and sepsis patients die from those conditions.

“Our results suggest that in our past attempts to find treatments for sepsis and ARDS, we may have been overlooking a major part of the story,” says lead author Robert P. Dickson, M.D., a critical care physician and laboratory scientist.

“Virtually all of our attempts to treat these critical illnesses have been aimed at fixing the disordered inflammation and tissue injury we can see in our patients. But our study raises the possibility that this inflammation and injury may actually be downstream consequences of an upstream source: disordered bacterial communities in the gut and lung.”

A vicious cycle in the gut

Dickson, also an associate director of U-M’s Center for Integrative Research in Critical Care, and his colleagues believe that patients with these conditions may be stuck in a vicious cycle caused by dysbiosis — an out-of-whack microbiome.

Based on their findings, they suggest that original cause of the patient’s or animal’s illness triggers a “chicken and the egg” feedback loop.

Changes in the microbiome lead to inflammation as the body’s immune system tries to fend off what it sees as invaders. That inflammation in turn injures the delicate lung tissue. The injury and inflammation then change the environment within the lung, allowing microbes that don’t normally grow there to invade — or to bloom if they were already present in low levels.

Improving survival of critically ill patients, then, would require breaking that cycle, or figuring out how to keep the microbiome relatively normal.

To do that, the researchers know they’ll have to show where the gut bacteria in the lung originate. However, in the animals with sepsis, they did rule out the usual route by which microbes get into the lung every day through the upper respiratory tract of the mouth, nose and throat.

One possible explanation — one that researchers have speculated about since the 1950s — is that in patients with critical illness, the walls of the intestines “leak,” and bacteria escape and travel into the lungs. Another potential explanation is that small numbers of these gut bacteria were present in the lungs all along but couldn’t grow for lack of the proper environmental conditions.

“We’ve only recently started thinking of the lungs as an ecosystem,” says Dickson. “So we’re just now sorting out the rules for how these bacterial communities get established, both in health and in critical illness.”

Dickson notes that the new findings help explain something that critical care teams have known for decades: that the gut microbiome is somehow linked to a person’s chances of surviving a critical illness.

Animal studies have shown since the 1950s that pretreatment of the gut with antibiotics before trauma or other critical illness can protect against lung injury and death. Dickson published a review of what’s known about the microbiome and critical illness in Lancet Respiratory Medicine in January.

In other countries, he notes, doctors treat uninfected ICU patients with antibiotics to suppress their microbiomes, and decrease their rates of organ failure and death, a practice called selective decontamination of the digestive tract. But such prophylactic tactics aren’t commonly used in the U.S. because of concerns that antibiotic use could accelerate the rise of “superbugs” resistant to modern antibiotics.

To get to the bottom of the lung-gut microbiome mystery, Dickson and colleagues have already begun capturing samples from more patients at risk for ARDS in the intensive care units of U-M’s University Hospital. U-M is part of the National Institutes of Health’s ARDS clinical trials network called Prevention and Early Treatment of Acute Lung Injury, or PETAL.

The team will also leverage the resources of the Medical School’s Host Microbiome Initiative, which gives researchers access to oxygen-free growth chambers, germ-free animal facilities, and advanced genetic sequencing and cultivation tools. Such tools were important to showing, in the new paper that the gut bacteria were alive in the lungs, not just detectable as DNA from dead bacteria.

“In the long run, we need to start thinking of the microbiome as an organ that can fail in critically ill patients,” says Dickson, a member of the U-M Division of Pulmonary and Critical Care Medicine.

“We’re studying how it gets disordered, how it impacts other organs and how we can fix it. The importance of the microbiome in the ICU has been clear for decades, but with these new tools we’re finally able to ask and answer the right questions. It’s a really exciting time.”

This story was originally published by the Michigan Health Lab Blog on July 18, 2016.