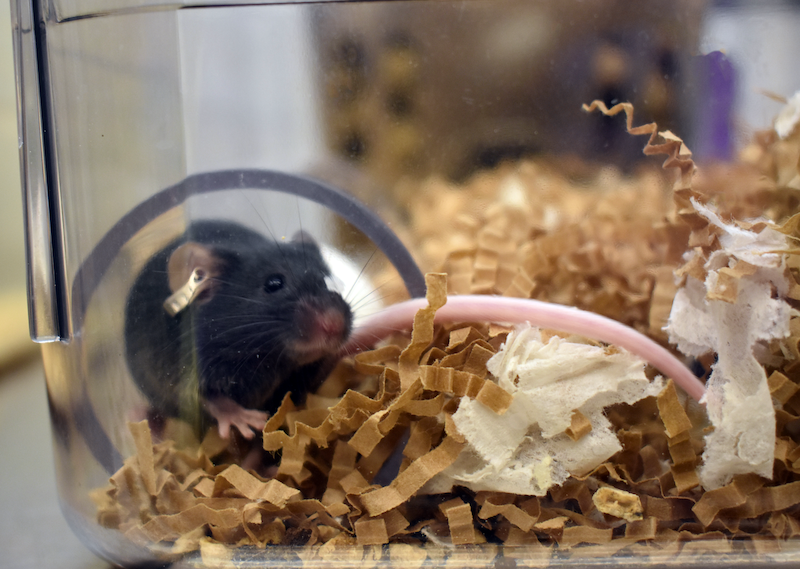 A new University of Michigan study in mice reveals a new role for insulin in the control of fat production.

More than one-third of U.S. adults are obese. As a result, they’re at increased risk for a litany of potential health problems — including heart disease, high blood pressure, some cancers and type 2 diabetes.

One lesser-known but increasingly prevalent risk of obesity is nonalcoholic fatty liver disease, or NAFLD. People with NAFLD have an abundance of fatty acids in their blood, and these accumulate excessively in their livers. Over time, the fatty deposits can poison liver cells, leading to inflammation and scarring.

Michigan Medicine researchers studying the origins of this fat have identified a new role for a familiar hormone: insulin.

Besides serving as a filter for toxic substances such as alcohol, the liver plays an important part in regulating metabolism, storing nutrients, and releasing them when our cells need them. Insulin, a hormone released by the pancreas when we eat, stimulates cells to take up glucose and signals the liver to store any excess.

In many people with obesity, cells stop responding to this signal — thus becoming insulin-resistant, which leads to a buildup of glucose in the blood. Excess blood glucose is a defining sign of diabetes. Insulin also stimulates the storage of fat in fat cells, called lipogenesis. However, people who are insulin-resistant tend to have excess fat in their livers.

Liangyou Rui, Ph.D., professor of molecular and integrative physiology at the University of Michigan, was intrigued by this seeming paradox. “With insulin resistance, you’d supposedly have less action, or less storage of fat,” he says. “Like every other thing in the body, you can have a yin-and-yang relationship.

“We never thought of insulin as having a yin-and-yang relationship with lipogenesis.”

Scientists have a clear understanding of insulin’s role in fat production. Simply put, insulin controls lipogenesis by activating proteins that turn on genes. However, working with mouse models, Rui and his team have identified a new mechanism through which insulin can block lipogenesis in the liver.

Rui’s team recently published a paper showing that a protein called Snail1 controls the breakdown of body fat to release stored energy. The paper in Nature Communications finds that Snail1 plays an important role in the liver.

In mice without the Snail1 gene, insulin had an increased ability to stimulate lipogenesis. And mice without Snail1 in their liver cells that were fed a high-fat diet showed signs of NAFLD. Rui’s team suspects that the Snail1 pathway puts the brakes on lipogenesis to prevent the toxic buildup of fats in the liver.

Somehow in people with obesity, the Snail1 pathway is impaired and the liver produces excessive lipids that poison liver cells. People who are obese and insulin-resistant secrete more insulin in an attempt to balance glucose levels in the blood. The more insulin the body pumps out, the more fat builds up inside the liver.

Reflection and next steps

The findings also point to a new way of understanding the formation of fat. Epigenetics is the study of how gene function can change without changing the underlying DNA. It helps explain how our environments — from what we eat to where we live — can affect what genes are turned on or off and how obesity can lead to widespread health effects.

“Many factors associated with obesity are linked to epigenetic changes, but how and what is mediating them is not understood,” Rui says. “Snail1 is one factor, connecting the outside signal of insulin to internal nuclear epigenetic changes that lead to increased lipogenesis.”

Next, Rui hopes to study the action of Snail1 in humans to find out what about obesity impairs this important protein and perhaps identify a therapeutic target for fatty liver disease.

This story was originally published by the Michigan Health Lab Blog on July 31, 2018