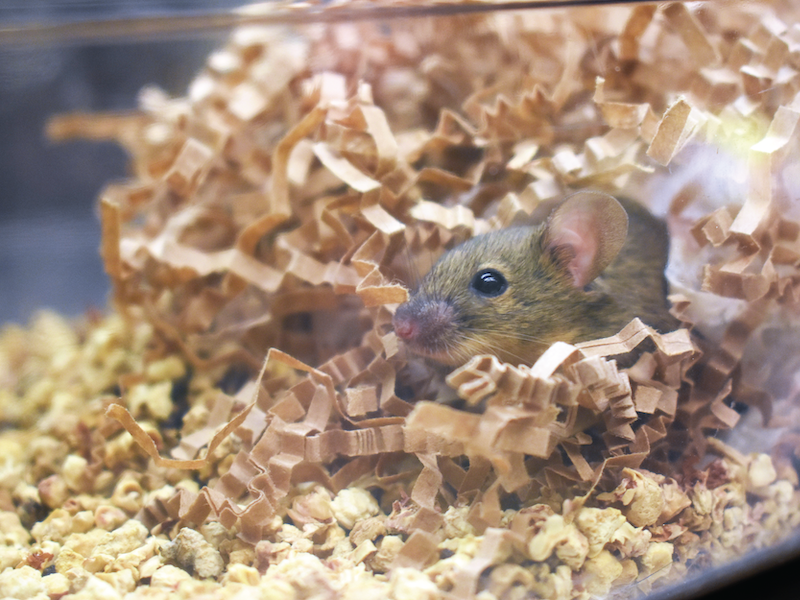 A study in mice suggests that lung scarring could also compromise the immune system.

Idiopathic pulmonary fibrosis, also commonly referred to as IPF, is a devastating disease characterized by excessive scarring (fibrosis) of lung tissue. This meshwork of scarring prevents the lungs from functioning properly, making it difficult to breathe.

While not much can make IPF better (the 5-year prognosis is shorter than many cancers), there are things that make it worse, including bacterial respiratory infections. Though IPF patients are highly susceptible to such infections, what underlies this susceptibility is largely unknown.

A new study from researchers at the University of Michigan Medical School provides insight into the intersection between fibrosis and infection. Using a mouse model, the researchers show that fibrosis causes defects in the innate immune response and, as a result, impedes its ability to kill problematic bacteria. Their findings offer a new perspective on the relationship between fibrosis and the immune system and shed light on why IPF predisposes to bacterial infection.

“This study addresses a long-held conundrum in the IPF field,” said Bethany Moore, Ph.D., Chair of the Department of Microbiology and Immunology at the University of Michigan Medical School and senior author on the study. That is, it is unclear whether patients are susceptible to infection because “the mechanics of their lungs don’t work anymore, thus trapping bacteria in the lung, or if there is an alteration in their immune response.”

Research tackling this conundrum is sparse, in part because collecting samples from the lungs of IPF patients is challenging and can exacerbate their disease. To circumvent these limitations, the U-M researchers used a mouse model of fibrosis, in which disease is triggered by administering bleomycin, a chemotherapeutic drug, directly into the lungs of mice.

“Clinically, one of the limiting toxicities of bleomycin is that patients will develop fibrotic changes in their lung,” Moore said. “In our model, we use that adverse effect to our advantage.”

By damaging the lung tissue of the mice, bleomycin leads to an impaired wound-healing response and, after about two weeks, fibrosis.

When it came to exploring the intersection between IPF and infection, Helen Warheit-Niemi, a graduate student in Moore’s lab and first-author on the study, drew from several recent studies linking species of Staphylococcus bacteria to worsening disease in IPF patients. Methicillin-resistant Staphylococcus aureus (MRSA), in particular, is “one species that is frequently identified in IPF patients hospitalized with bacterial infections, though we have no idea why,” they said.

To explore this question, Warheit-Niemi challenged mice with bleomycin-induced fibrosis with MRSA, then tested how much bacteria survived in their lungs over time compared to healthy mice. Notably, animals with fibrosis had consistently higher lung concentrations of MRSA compared to non-fibrotic mice, indicating a reduced ability to control infection.

“It is well-known that clearance of MRSA is largely dictated by innate immune cells, particularly neutrophils and macrophages,” said Warheit-Niemi. “We reasoned that, since we are seeing impaired clearance in fibrotic mice, it might be due to defects in the immune response caused by fibrosis.”

These findings suggest that something about the fibrotic lung environment messes with the function of these cell populations, which collectively leads to a broad impairment in the innate immune response.

Defects beyond the lung

Surprisingly, these functionally faulty immune cells were not localized in the lung. Upon examining neutrophils isolated from the bone marrow of fibrotic mice, Warheit-Niemi finds they were similarly flawed in their MRSA-fighting capabilities.

“My hypothesis is that a signal from the fibrotic lung is making its way to the bone marrow and affecting the cells that are developing and maturing there,” Warheit-Niemi noted.

As such, this study is the first to show that fibrosis wreaks havoc on immune cells within the lung, but also that a signal can traverse the lung to cause similar issues in other body regions. What this signal is, however, remains a mystery. Moore pegs this as a key starting point for future research, particularly given its potential clinical applications.

“If we could identify this signal, we could develop a therapeutic strategy to block it and keep the immune cells of IPF patients in better shape to fight off infections,” she said.

Along these lines, while this study was conducted in mice, it opens doors for better understanding the relationship between fibrosis and infection in human patients. From a technical standpoint, its evidence for fibrosis-mediated systemic immune defects means researchers could potentially sample cells from the blood of IPF patients and measure their bacteria-killing powers. Clinically, the findings could ultimately alter the treatment regimen and behavioral habits of those living with IPF.

“Down the road, if an IPF patient is admitted to the hospital with an infection, our results might help build a framework for how to best treat them,” Warheit-Niemi said, particularly if the patient’s immune system is not functioning at full capacity.

Moore added, “We don’t normally tell IPF patients they are immunosuppressed—but they might be. If our results hold up in humans, and we think they will, this could mean these patients may want to take extra precautions for infection prevention.”

This story was originally published by the Michigan Health Lab Blog on January 21, 2022.